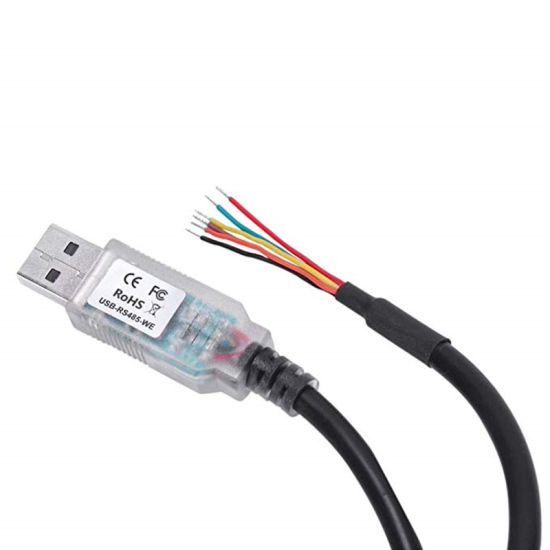 Initial functional testing conducted by FTDI has shown that the FTDI drivers function as expected on Windows CE 7.0

NOTE: Microsoft have ended support for certifying XP and VISTA through their WHCK test program. As such current builds will still work on XP and VISTA but are not Microsoft certified.

For most of these operating systems two types of driver are available: Virtual COM Port (VCP) drivers and direct (D2XX) drivers. The VCP driver emulates a standard PC serial port such that the USB device may be communicated with as a standard RS232 device. The D2XX driver allows direct access to a USB device via a DLL interface.

To locate the drivers you want to install for a device, select which of the driver types you wish to use (VCP or D2XX) and then locate the appropriate operating systems.  With the exception of Windows 98 and Windows ME, all devices are supported in each driver package.

Detailed Images
Introduction
The USB 2.0 to RS485 Cable provides a simple and easy to connect between the USB and RS485 ports interface. Ideally for PC, thin client or servers to provide instant RS485 ports expansion via USB ports.

Send your message to this supplier

People who viewed this also viewed